Views from the Rhein

For the next three months I am in Köln (the Romans' "Colonia," which gives rise to our Cologne, the place and the scent), and so this blog will focus on life on this side of the pond and the Rhein.
Adam Davidson, in the latest installment of his insightful new column in the NY Times Magazine, suggest "The Other Reason Europe is Going Broke": it is not just the debt and currency crisis, but labor inflexibility.  While the currently low unemployment rates in Germany are cause for envy, Davidson argues that in the long-term, the generous social benefits of social democracies (namely, making it hard to fire people) stymies the dynamism that the US economy enjoys.  Davidson cites the success of Denmark's "fexicurity" policies that make hiring and firing relatively easy while providing generous unemployment benefits and retraining programs.  Indeed, I think he gives short shrift to the virtues of the European model, not just Denmark, but Germany as well.  Germany had its own labor reform in the "Harz IV" laws of 2005.  This is still a long way from U.S. style labor flexibility (also known as insecurity), but that does not seem to have hindered the steady, slower paced engineering innovations that are the hallmark of Germany's medium-sized manufacturing sector, and the engine of its export economy.  Such skilled manufacturing creates what American politicians like to term "good jobs," well paid, with benefits, a modicum of security, and the dignity that goes with using one's particular skills and talents.  The German system might not reach the dynamic heights of U.S. innovation, but the slow and steady approach has paid off remarkably well in the current global crisis.
For these three months, I have the great fortune to be an Alexander von Humboldt Fellow and a Visiting Researcher at the Max-Plank-Institut für Gesellschaftsforschung here in Köln. I am fond of the German approach to research institutes--intensely serious work and quirky niceties that make it enjoyable.  There is the egalitarian ethic that mandates we all wash our own dishes in the kitchen, and yet there is a consciousness of titles and formalities (I enjoy the grand sounding Prof. Dr. designation, so noted on my door as well as on my bank card and train tickets). 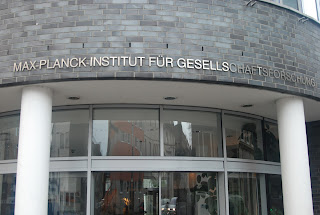 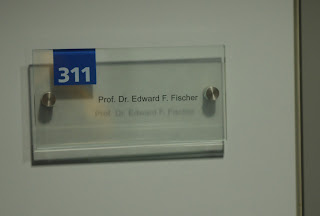 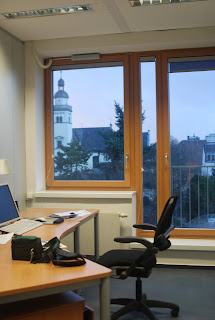